Fulfilled Bible prophecies in front of our eyes 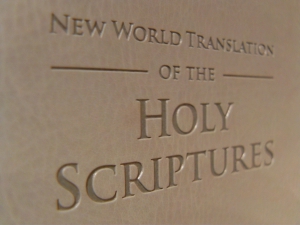 What of the following Bible prophecies are fulfilled today? Click Here to find out, which Bible Prophecies are fulfilled today in front of our eyes. And what the fulfillment of Bible prophecies in our time show.
(Matthew 24:3) While he was sitting on the Mount of Olives, the disciples approached him privately, saying: “Tell us, when will these things be, and what will be the sign of your presence and of the conclusion of the system of things?”
(Matthew 24:6, 7) You are going to hear of wars and reports of wars. See that you are not alarmed, for these things must take place, but the end is not yet. 7 “For nation will rise against nation and kingdom against kingdom, and there will be food shortages and earthquakes in one place after another.
(Matthew 24:14) And this good news of the Kingdom will be preached in all the inhabited earth for a witness to all the nations, and then the end will come.
(Matthew 24:32-39) “Now learn this illustration from the fig tree: Just as soon as its young branch grows tender and sprouts its leaves, you know that summer is near. 33 Likewise also you, when you see all these things, know that he is near at the doors. 34 Truly I say to you that this generation will by no means pass away until all these things happen. 35 Heaven and earth will pass away, but my words will by no means pass away. 36 “Concerning that day and hour nobody knows, neither the angels of the heavens nor the Son, but only the Father. 37 For just as the days of Noah were, so the presence of the Son of man will be. 38 For as they were in those days before the Flood, eating and drinking, men marrying and women being given in marriage, until the day that Noah entered into the ark, 39 and they took no note until the Flood came and swept them all away, so the presence of the Son of man will be.
(2 Timothy 3:1-5) But know this, that in the last days critical times hard to deal with will be here. 2 For men will be lovers of themselves, lovers of money, boastful, haughty, blasphemers, disobedient to parents, unthankful, disloyal, 3 having no natural affection, not open to any agreement, slanderers, without self-control, fierce, without love of goodness, 4 betrayers, headstrong, puffed up with pride, lovers of pleasures rather than lovers of God, 5 having an appearance of godliness but proving false to its power; and from these turn away.
(Revelation 6:3-8) When he opened the second seal, I heard the second living creature say: “Come!” 4 Another came out, a fiery-colored horse, and it was granted to the one seated on it to take peace away from the earth so that they should slaughter one another, and he was given a great sword. 5 When he opened the third seal, I heard the third living creature say: “Come!” And I saw, and look! a black horse, and the one seated on it had a pair of scales in his hand. 6 I heard what sounded like a voice in the midst of the four living creatures say: “A quart of wheat for a de·narʹi·us and three quarts of barley for a de·narʹi·us; and do not harm the olive oil and the wine.” 7 When he opened the fourth seal, I heard the voice of the fourth living creature say: “Come!” 8 And I saw, and look! a pale horse, and the one seated on it had the name Death. And the Grave was closely following him. And authority was given them over the fourth part of the earth, to kill with a long sword and with food shortage and with deadly plague and by the wild beasts of the earth.
(Revelation 11:18) But the nations became wrathful, and your own wrath came, and the appointed time came for the dead to be judged and to reward your slaves the prophets and the holy ones and those fearing your name, the small and the great, and to bring to ruin those ruining the earth.”